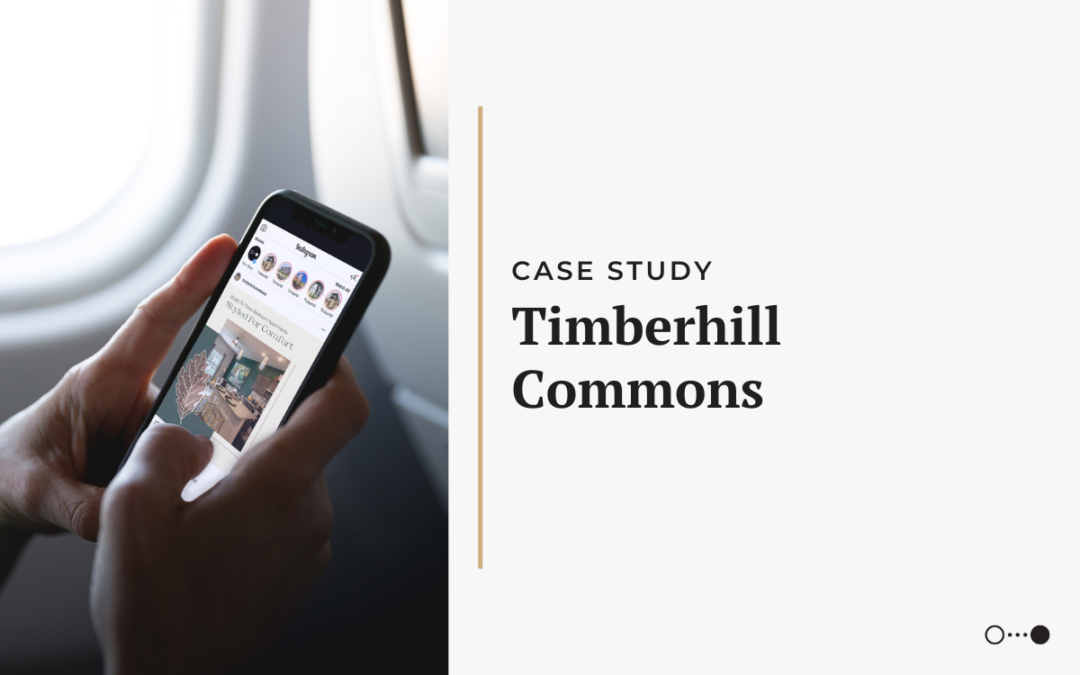 White-Conlee Builders is a privately held real estate development and construction company with a multifamily housing focus in Texas, specifically the markets of Austin, Dallas–Fort Worth, Houston, and San Antonio. The lack of a strong digital presence and physical location hidden from passersby for their new luxury community, Timberhill Commons in Leon Valley (southwest San Antonio), created a leasing challenge with limited online traffic and on-site tours.

White-Conlee Builders was referred to Catalyst by Embrey, a large development, construction, and property management company client who also faced the same issue with their 360-unit class-A multifamily community in San Antonio. After hearing about the success Embrey experienced with a digital strategy that produced qualified leads and high leasing numbers, White-Conlee Builders reached out to Catalyst.

Catalyst launched the SMM campaign in October 2020 with carousel ads using the lead form objective, but then switched to the web traffic objective to improve the lead quality. The SEM campaign launched in November 2020 with a heavy focus on location-based keywords in the Leon Valley and San Antonio markets due to the client’s concern of the lack of visibility of the community’s physical location.

Since the SMM campaign launch, Timberhill Commons experienced a 620% improvement in new users to the website and a 660% improvement in sessions on the website, which produced a leasing increase and a strong, above-industry benchmark click-through rate (CTR) and increased user engagement. The SEM campaign also has remained consistent in targeting the Leon Valley and San Antonio markets.