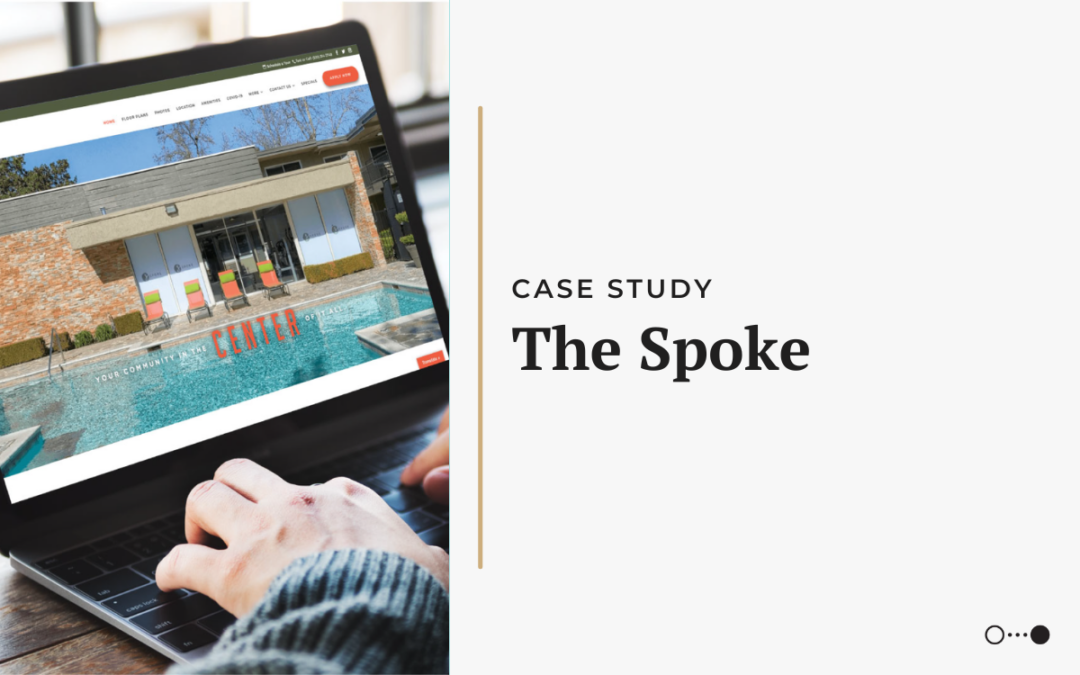 The Spoke, originally named Greenleaf College Square, was an existing student apartment community based in Davis, California — a strong market for off-campus housing. The community was located one mile from the University of California, Davis, which is a stand-out benefit to residents. However, due to not having a solid brand/voice in a competitive market, the community was not positioned well for success.

The management company of Greenleaf College Square enlisted Catalyst’s help for a full rebrand, which included a new name. Research revealed the city is largely a cycling community, which was a foundation in rebranding the property to The Spoke — a nod to Davis being known as Bike City USA and the Bike Capital of America.

In addition to naming, Catalyst also provided tagline creation, a paper system, a brochure, a sales sheet, a handout, and a custom website. A green-based color palette was selected for the student community, which was adapted from the green buildings on site, along with pops of orange found throughout the property. To support the name and a visual representation of the cycling community, a pattern also was incorporated in various sales materials that mimics the spokes of a bicycle.

Catalyst also designed a reveal campaign to strategically introduce the new brand to the Davis market in a way that would generate interest on campus and online. The campaign utilized flyers, email blasts, and social shareables, as well as an on-site event with hourly raffles to guarantee attendance. Post-campaign, Catalyst implemented SEO strategies and SEM/SMM marketing.

Currently, The Spoke is 96% occupied and their website ranks as high as other tracked competitors in the market. With its strengthened position, the student apartment community is expected to continue serving as a leader in the market in both online brand visibility and organic search traffic.

For the purpose of this case study, highlights from the period of January 16, 2022 through February 14, 2022 will be examined.