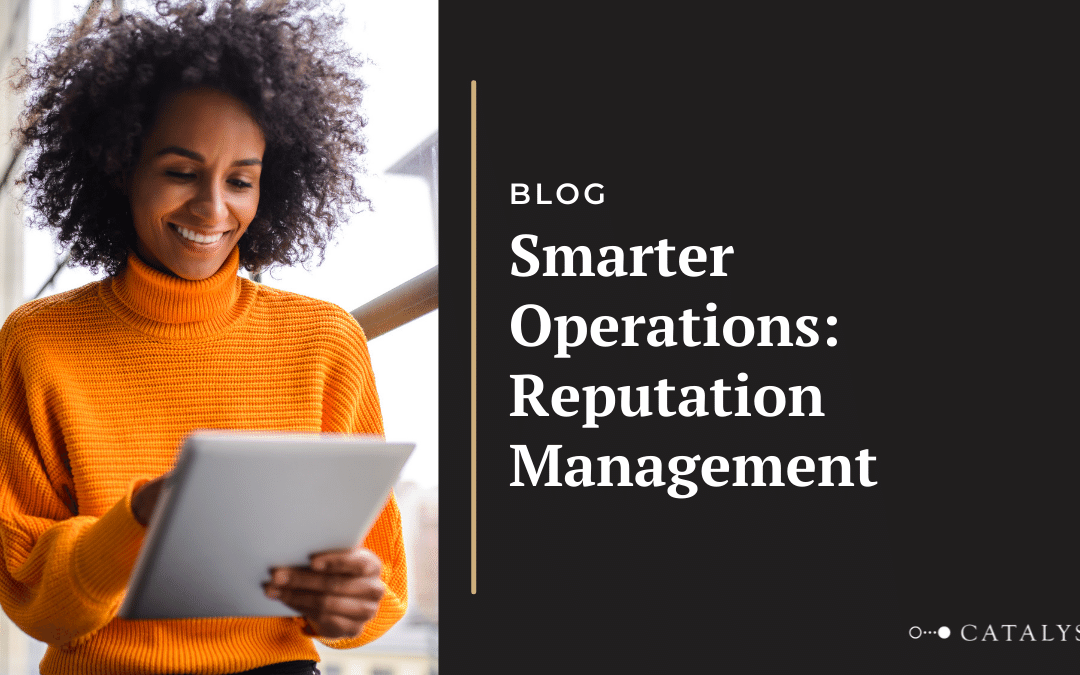 If you’re in student housing, it’s turn season and that means it’s reputation season. The following piece by our CX Manager and Reputation Management expert, Mark Renkens, highlights critical strategies to help avoid the turn-time blues. And, since it’s always turn season in conventional multifamily housing, these tips are even more critical to build into your workflows.

Turn — a term we all have a varying relationship to as industry experts, whether on site or remote. This is the time of year where we field the requests of those coming in, those moving out, and everything in between while also preparing a full community of new faces. Many of us have seen the good, the bad, and the ugly of how this can affect the rest of the leasing term for a resident. A mainstay of turn is the effect it has on our communities’ reputations. In this seemingly short window of a leasing year, we are subject to reviews, surveys, and other forms of feedback about how we operate, what we can do better, what we did well, and frankly, what we royally messed up. Does turn have to be the colossal blunderbuss many of us fear, or is there a way to get ahead of the issue before it becomes one?

Speaking personally, I find it interesting that as common of a term “turn” may be, it is one we can’t effectively use to communicate problems to residents. A general manager can’t blame a resident’s frustration with their move-in experience on a delayed or underperforming turn as it will not stand to reason for them or their guarantor. Simply put, it’s part of our job to execute turn well, and the resident shouldn’t have to bear the burden of our wrongdoing or lack of follow-through. But perhaps there’s a way to make known what the task at hand is without it feeling like an excuse for not providing exceptional service. It all boils down to the primary ingredient for any long-standing, healthy relationship: communication.

With emails and phone calls coming in daily about furniture shipping, gate repairs, alarm system resets, guarantor inquiries, and leasing initiative reminders, it can be quite easy to forget that amid all the chaos lies an 18-year-old excited to live on their own for the first time. Or maybe it’s a parent whose simple question about where they need to park is lost in the mix. There’s a whirlwind around every aspect during this part of leasing season, but the fact remains that we can’t sacrifice consistent, up-to-date communication for what can seem at the time to be more important than our residents. Poor communication during turn is assured to result in negative reviews, perceived “problem residents,” folks desperate for a sublease, or parents wondering if they made the right decision.

How we communicate these issues results in varying scenarios unfolding in real time. In 2021’s turn season, many student housing apartments faced major delays in furniture/appliance deliveries as COVID-19-related shipping problems increased. As a result, a property in Illinois was going to deliver a move-in day without more than 30 new couches for residents. As an offered solution, they advised residents affected that they could use previously owned couches in the interim period, but the situation wasn’t handled with enough care in the eyes of a handful of residents. They retaliated immediately, leaving more than 35 negative reviews on Google for the property in the span of a few days. Because this information wasn’t handled before they’d arrived on move-in day, the problem became much larger than the couches.

The best foot forward when approaching a line of dialogue about turn is relaying the problems you’re experiencing or the work you have ahead of you in a resident-facing way that helps the situation make sense. To use a lateral example, envision a professional soccer game at an open field stadium. There’s rain in the weekly forecast for the game, so the stadium distributes a weather warning text/email for those holding tickets to dress and arrive appropriately. This will likely drive some to sell or refund their tickets, but the vast majority will accept the conditions and bring a poncho or an umbrella to the game. What the stadium workers managed to do is invite the attendees into the situation at hand, propose solutions, and allow them to make a choice for themselves. In our couch scenario, a personal phone call alongside an email about their options prior to move-in day would have made all the difference, rather than arriving with “stormy clouds overhead” and being forced into a situation.

It’s in our teams’ power to operate on the same basis. If we have units yet to be cleaned or walked, or furniture is being delayed due to unforeseen circumstances, it’s imperative we relay the message to those being affected along with how we are working to proactively resolve the scenario. While we may be overly conscious of the problem at hand, the current and incoming residents are entirely unaware of what is brewing. The more you include the community, the less of an inconvenience your turn operations will appear. This can be directly analyzed by the reviews you collect online at this time. If your communications strategy is aligned from the managers to the community assistants, your residents will likely speak of a smooth, easygoing experience of coming into their new home. Should the opposite take place and folks are switching rooms on move-in day or getting faulty keys, we find ourselves distributing apologies.

We will always have a turn season, a leasing calendar, and high/low points of the year when certain initiatives or campaigns are prioritized over others. The leading cause of any of these situations becoming a reputational catastrophe typically starts and ends with how we communicate. So, I challenge you this season to utilize the word “community” as often as possible when speaking about properties. The definition states “a feeling of fellowship with others, as a result of sharing common attitudes, interests, and goals.” The feeling comes from the sharing, so invite more personal conversations about the tasks you have in front of you. Your community will thank you for it.

The bottom line? Communicate with your residents in the way you want to be communicated with when you’re paying for a service and the world will be a better place. For assistance with your reputation strategies, we’re passionate about the subject and we would love to schedule a consult, whether you end up working with us or managing your own reputation. Let’s chat.