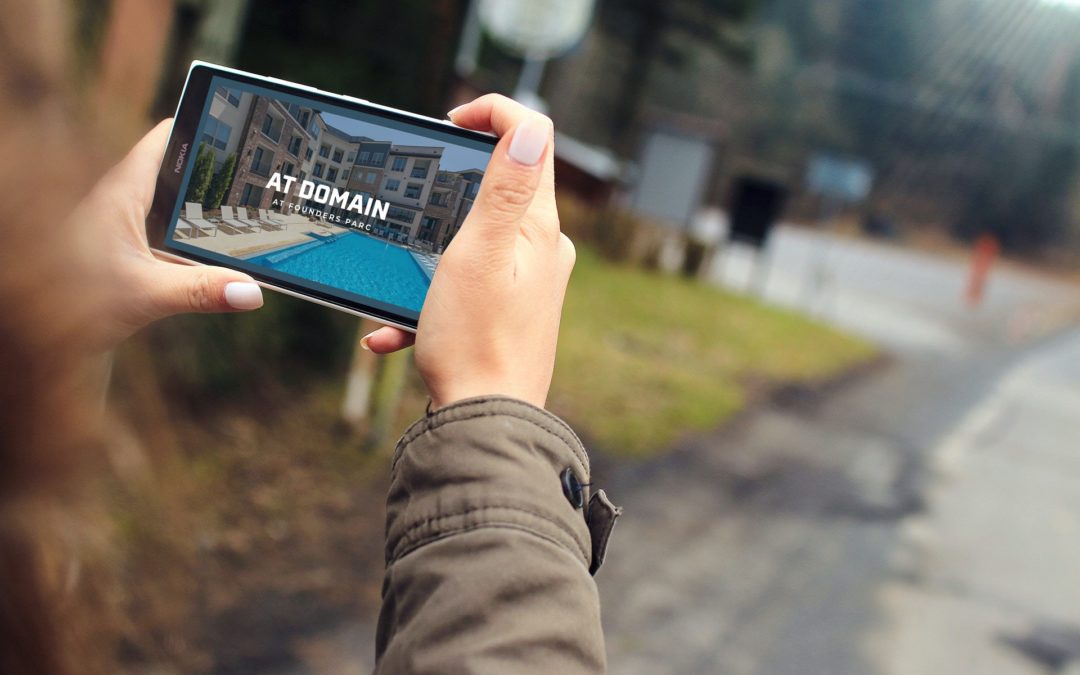 Embrey is a large development, construction, and property management company that partnered with Catalyst to assist in a digital strategy to help drive qualified leads to Domain at Founders Parc — a luxury multifamily community in Euless, Texas. The brand-new apartment community needed a creative approach/new platform for extended exposure to drive awareness for a strong leasing effort.

Due to the location of the community, the target demographic needed to be reached more effectively for users who may not know where the property is but would be interested in living there based on the luxury amenities at a more affordable price. The goal was to attract prospects who want to live near downtown Grapevine but may need an apartment at a more efficient cost.

To gain recognition within the market, get prospects excited about the new community, and increase signed leases, the Catalyst team created a video ad to push Domain at Founders Parc’s digital presence via an OTT (over-the-top) campaign. The ad was designed to complement the community’s existing branding by utilizing a creative combination of lifestyle images, property photos, a blue and white color palette, and typography for a cohesive, appealing visual look for prospects.

The video ad was placed on different television streaming networks, which were determined based on the audience selected. The ad ran from November 6, 2020, and ran through February 5, 2021, with the goal to drive users to their website’s homepage when the ad was clicked. The targeting strategy included appealing to prospects in specific ZIP codes determined by the client with strategic input from Catalyst to reach users currently living in surrounding ZIP codes where the average household income met the minimum qualifications for Domain at Founders Parc.

The campaign successfully increased awareness and name recognition of Domain at Founders Parc in the market, as well as exceeded all benchmark goals, especially considering it delivered 145,409 impressions resulting in 1,170 hours watched. Other key campaign success highlights include the following: