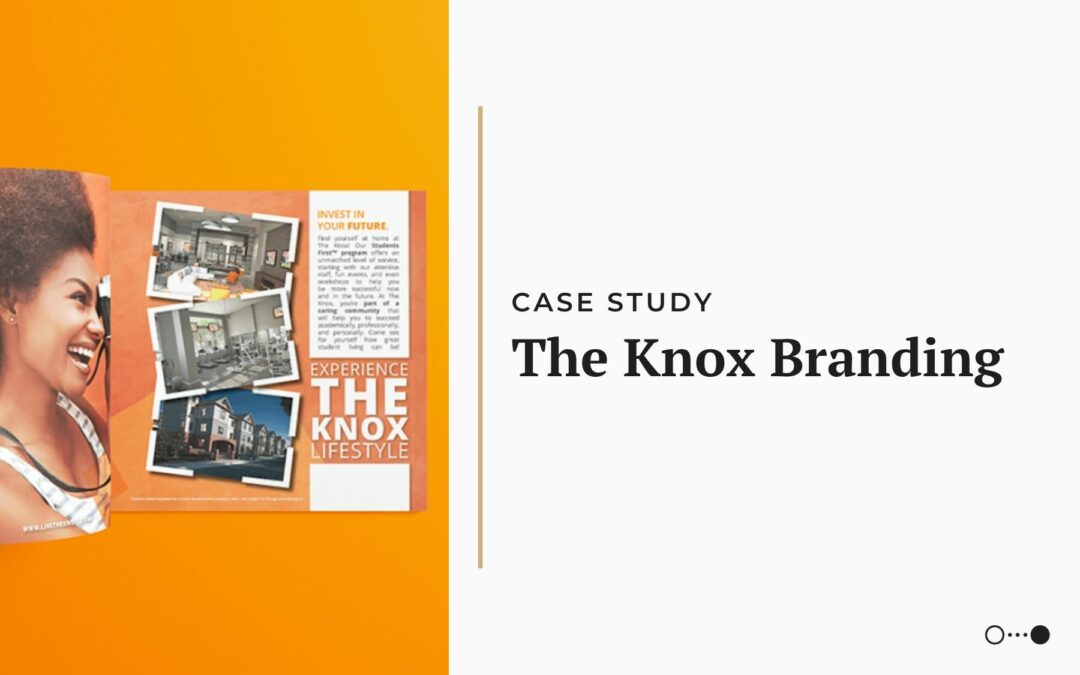 Catalyst was engaged to establish the brand and marketing materials for a new development in Knoxville, Tennessee, that required a full branding effort to include naming, logo design, overall look and feel, and coordination with the interior design group.

The off-campus housing building was a new construction development located across the street from the University of Tennessee-Knoxville that would serve students attending UT. The project plans called for upscale amenities, and the new brand would need to be representative of the expected clientele. It was important both to Catalyst and its sister student housing company, Campus Advantage, to make sure the new development was portrayed as high-end while remaining accessible to students, making it the premier off-campus student housing.

Catalyst team members visited the market to perform student intercepts, tour competitors, and tour the campus for a better understanding of what both incoming and existing students are looking for in their housing search. It was found that traditions and pride are paramount in Knoxville, and the new name, The Knox, was indicative of both. Additionally, the logo was created with colors similar to that of the school to further emulate their values and traditions.

After developing a new name and logo for the brand, Catalyst completed the brand with signature orange and white patterns, Greek life-inspired stock imagery, bold and eye-catching fonts, etc. The tagline selected to accent the student housing development was “Southern charm with a twist.”

Due to a strategic brand reveal that encompassed the new name, logo, and look and feel, Catalyst collected 665 initial leads for the leasing team, which led to a successful brand and property launch among UT students and additional prospects in the market. Post-brand reveal, The Knox team had a goal to be 10% pre-leased by the end of 2015, and that goal was far exceeded by December 4, 2015 when the number hit 27.49%.