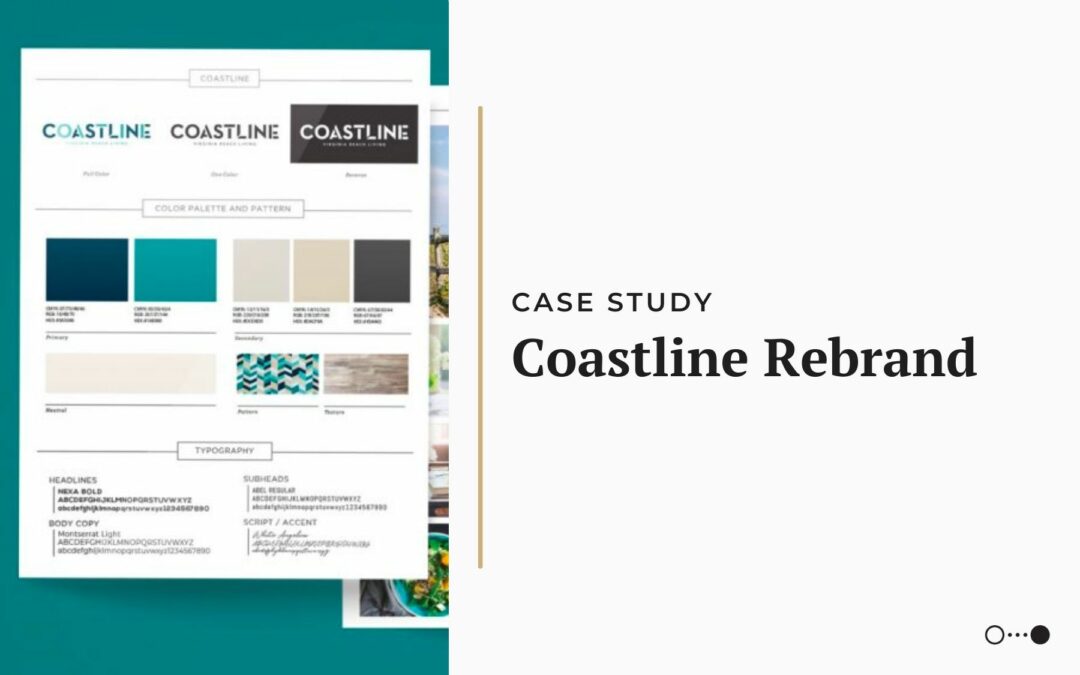 The Franklin Johnston Group took over the management of a 600-unit property in March 2019 located in a Virginia Beach neighborhood that, at times, experienced some crime issues. However, because the neighborhood also was located near a section of the beach that was undergoing revitalization efforts, it presented an opportunity to capitalize on this momentum and hopefully boost the property’s reputation.

At the time of acquisition, the leasing percentage was average, and the client anticipated numbers would drop further post-acquisition. Therefore, they wanted to be aggressive with how to proceed with marketing the property’s rebrand. The target audience was blue collar families and military personnel (specifically Navy), with a wide mix of ages and demographics overall.

Given the property was organized into three smaller “neighborhoods,” each one needed their own name that tied into the larger brand identity. The client also wanted a universally appealing and welcoming name and logo that worked well with a neutral palette.

The Catalyst team brainstormed a variety of coastal-inspired names as a nod back to the property’s Virginia Beach location. The name selected was Coastline, which was inspired by the idea of two things converging together — sea and sand, community and convenience, etc.

The two-toned logo incorporated a deep navy blue color, sandy neutrals, and an eye-catching teal gradient. Once the brand was established, the team developed corresponding neighborhood identities to give each area of the property its own personality.

At the time this case study was written, updated leasing numbers were not available due to the new branding currently being implemented. However, Coastline is a strong rebrand that positions the client to stand out in the Virginia Beach housing market as an asset to revitalization efforts.