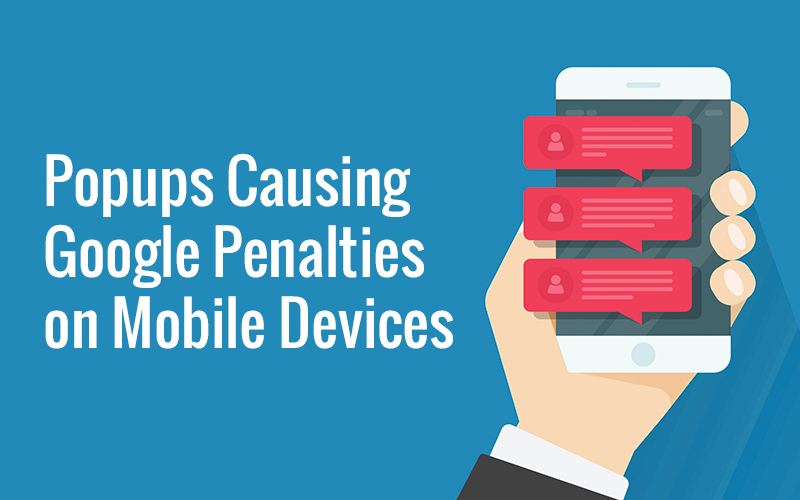 On January 10, 2017, Google released a penalty for what it calls “mobile interstitials” (i.e., popup-type elements blocking a website’s content on mobile devices). An update on January 10 to the Google Webmaster blog’s press release on the mobile interstitials penalty stated, “Starting today, pages where content is not easily accessible to a user on the transition from the mobile search results may not rank as high.”

While this penalty is not a significant update to Google’s core algorithm, it could pose a large potential threat to student housing websites that utilize popups on mobile devices. After analyzing data from student housing properties over the course of 2016, we found that 51.92% of website traffic came from mobile devices. Since search engines are the highest source of traffic to student housing websites, a significant decrease in rankings on mobile could have a devastating effect on both overall website traffic and leads.

Catalyst’s interactive team found evidence of this mobile popup penalty with Google search in an experiment over a nine-month period. There was a test case website that implemented an interstitial popup on mobile, and we’ve reviewed its analytics to see the effects.

Our websites occasionally leverage popups on the desktop user experience to announce an upcoming event or a special promotion, but we hide them on mobile.

This test case mobile popup was added in mid-October 2016, and we immediately saw a decrease in traffic and rankings. Below is a graph comparing the trends in this test case to the rest of our portfolio.

It’s visible that the test case’s trend largely follows that of the portfolio’s, although the test case is impacted by an initial drop and a continued slow decrease over time. 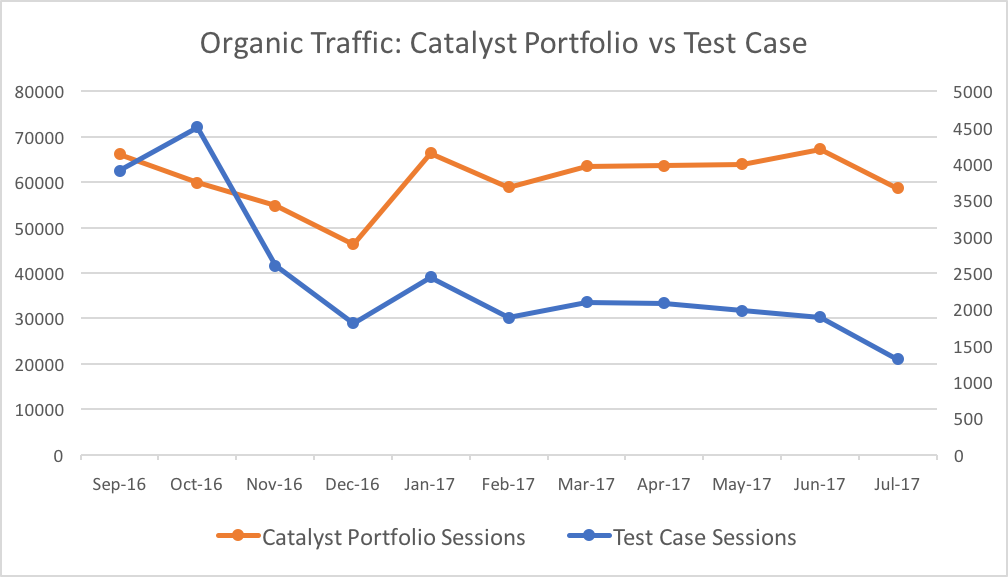 During this period, we performed our usual SEO process, inline with the rest of our portfolio sites, which includes both on-page optimizations (such as publishing relevant content) and off-page optimizations (such as sharing information in the local community and social media). Despite these efforts, which typically achieve significant organic results, the test case site’s organic traffic and rankings continued to slip, undoubtedly due to the mobile popup penalty.

Below is a comparison in rankings from mid-October to mid-July.

There were no errors or penalties reported in the Google Search Console. There isn’t a notification to alert a webmaster that their site is being affected by the mobile popup penalty.

How is a student property manager to know that their website is being affected by this mobile popup penalty? Online businesses and webmasters need to be careful because, to the untrained eye, it may be difficult to detect or pinpoint the root cause for organic traffic issues.

The mobile popup was removed from the test case website in mid-July 2017. Within two weeks, rankings rebounded significantly.

At Catalyst, we believe that a streamlined approach on mobile devices creates a better user experience, and results in higher website traffic and engagement. We’ve always hidden popups on mobile devices and will continue to do so, in light of this new update, to continue generating high-quality traffic on mobile.