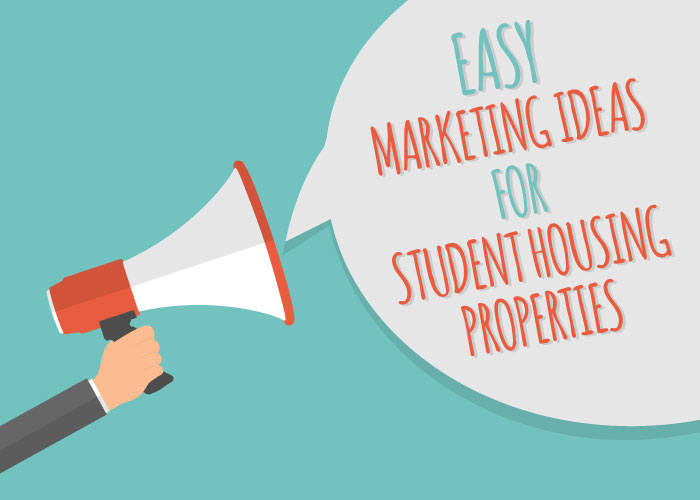 I’ve worked in the student housing industry for almost five years. I started when I was in college as a way to pay my bills while also having a place to live. At first, my experience was very cut and dry — show up to work, give tours, sign leases, go home, rinse, repeat. It was effective, but it wasn’t very fun. However, when I started branching out from the leasing office and participating in marketing events, I felt like I really began to shine. Not only did I feel like I was thriving, but I didn’t have to wait for prospective residents to come to me — I was finding them. Throughout my time working at the property level, I had plenty of successful and unsuccessful marketing events. Below are some of my favorite events, tailored to both renewals and prospects, and why I think they were so effective.

Get to know your residents

The first marketing event where I really felt myself shine was a renewal event during finals. The event was simple: come-and-go waffles and pancakes in the clubhouse. As a staff, we cooked waffles and pancakes for any resident who showed up. We had spent literally tens of dollars on all sorts of toppings, which was great because the residents were able to eat whatever crazy combination of breakfast food and toppings they wanted. As a leasing agent, this worked really well because while they were there for the food, our staff was getting to know the residents. They knew us by name and felt like we were friends. We had so many residents renew, and when asked why, they all said that they enjoyed and trusted the staff. Getting to know residents at the event was so much more beneficial in our renewal pushes.

Don’t only sell housing, sell yourself

Any marketing event where I had the freedom to do something that I found fun was much more motivating, and because of this, these marketing plans were more effective in driving traffic. During freshman orientations, I would walk around campus handing out bags with all of our property’s marketing materials. While I was handing out the bags, I would give a small blurb about the property, as well as ask the incoming freshman and their guests if they had any questions about anything. I found that by answering their questions about classes and being a freshman, they would come to the property because they trusted what I had to say.

Put your residents in a winning situation

Another renewal event I really enjoyed was a major giveaway. We would get to choose 10 prizes as a team, then we would enter the first 50 renewals into the giveaway. As a staff, we felt so much more involved because we picked the prizes and wanted residents to win them. The prizes weren’t crazy either — many would be comparable to a $400 gift card or less. We also got to have the prizes in the office, so residents could see them and knew they were tangible. These events would normally run for about two weeks because so many residents would renew. The residents who were unsure about renewing would renew because they had a 20% chance of winning a prize. This was always great for ending the renewal season strong.

Be loud and proud of your product

At the university I attended, they held an incoming student’s weekend each year. During this weekend, incoming freshman would have free rein and university groups could set up booths around campus. To promote our property, the staff would have people on campus giving out flyers that advertised our open houses. We would then have limousines that would pick up any incoming freshman and their families and bring them to the open house. All of the amenities were available, and all of the staff participated. We would even have current residents there as brand advocates to show everyone around. We were creating traffic, and many of these guests would sign on the spot because they wanted to be a part of the culture we were showing them.

These events were some of the most successful and fun that I got to participate in. And they were successful because of how much fun the staff was having. As leasing agents, we worked so much harder because we had a lot of say in the direction of the different marketing events, which helped many of the events lead to over 50 pieces of traffic and a capture rate of at least 40%.

I BELIEVE THERE ARE THREE IMPORTANT FACTORS THAT INFLUENCE THE SUCCESS OF A STUDENT HOUSING MARKETING PLAN IN REGARDS TO DRIVING IN TRAFFIC AND CONVERTING PROSPECTS TO LEASES: