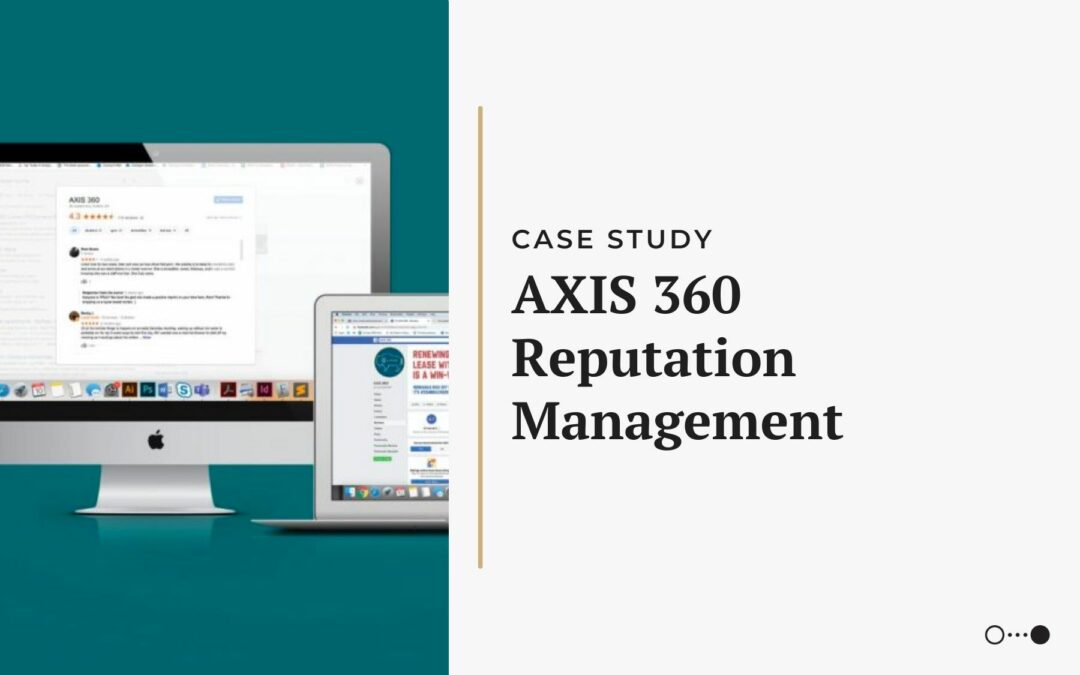 AXIS 360 is an off-campus housing property located in Buffalo, New York, that caters to the student demographic at the University at Buffalo. Upon joining the Campus Advantage portfolio, AXIS 360 had an Online Reputation Assessment (ORA™) score of 58, which is just shy of the industry standard. Therefore, a strategy was needed to turn the property’s reputation around to boost the score. An ORA score is critical because it serves as the “industry standard to measure and benchmark a property’s online reputation.”
Catalyst was contracted to conduct an online reputation management program that provided AXIS 360 with personalized communication, ORA score monitoring, detailed responses to reviews, and operational insights to improve customers’ experience.

Catalyst’s first step was to identify trends and insights from the existing reviews. From an ownership standpoint, they were primarily concerned with finding out the areas where residents pointed out the most problems, such as staff, management, amenities, etc. One trend that was immediately noted was many of the negative reviews were residents that ultimately did not renew.

Research also indicated some contributing factors to the low ORA score, such as the need for property upgrades and the lack of maintenance request completion, that also affected AXIS 360’s Google rating. Catalyst reviewed AXIS 360’s Google My Business page and determined it was where the most improvement needed to happen first. This decision came as a result of research proving Google to be the most utilized platform when determining the worth of a purchase.

Over the course of one year, Catalyst campaigned for reviews and achieved 114 new reviews with an average of 4.7 out of 5. To help garner reviews, it was imperative to instill into staff and management that asking for reviews after small/large exchanges, during events, and maintenance fixes should be a part of the closing comments of any conversation.

AXIS 360 now sits at the second highest ORA score property in the entire Campus Advantage portfolio with an impressive score of 88. This score is now used as a benchmark in the on-site leasing process to show where other student housing properties in the area stand in comparison.